Bomb Girls is a series brought to us by our neighbors from the north and Muse entertainment. It follows a the lives of Canadian women during World War II in a bomb factory. The story is very well written and very personal. It's also a great look at some of the trials and tribulations that ALL people had to work through during the war, but it mostly gives us a look at the heroes behind the scenes! Most folks think that the women were the cheerleaders here at home, while the boys did the dirty work. Not true. This series delves into how hard it was for their families being split up, the casualties of war, sexism and the things that made them stronger as a country. The cast is just phenomenal and if you haven't had a chance to watch this amazing series, please do. This show is so entertaining, yet historical. It's a show that should have survived more than 2 seasons. The series can be seen on NetFlix & if you enjoy it as much as I did, there are online petitions you can sign to save this fascinating & admirable show! There is a movie in the works, but I just can't get enough of the show and how well written and enjoyable it is! I have to say, I do have 2 favorite characters, it's hard not to. Betty (Ali Liebart) & Vera (Anastasia Phillips) are so sweet and and down-to-earth, easily the best thing about the show. I was also very impressed with Meg Tilly's performance. I have always been a fan of the Tilly's, but I have to say, this is Meg's best role ever! And even the new faces I have never seen before, blew me away. 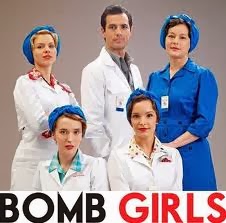 This desirable cast includes: Meg Tilly, Ali Liebart, Jodi Balfour, Anastasia Phillips, & Peter Outerbridge, just to name a few! This is one of the very few shows worth saving for so many reasons! Please watch & show your support for Bomb Girls! 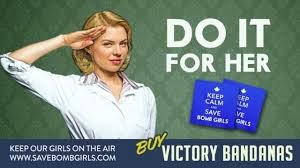